The Critic Or The Coach

“Growth is the only evidence of life.”

There are a couple of ways to watch an entertainment event – through the eyes of the critic or the coach. 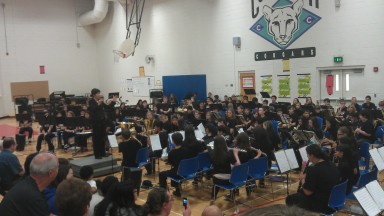 But the coach also sees something else.

As parents, we can go to our child’s musical, drama or sporting events as a critic or a coach. It’s easy to go as the critic and hear the missed notes, the squeaks, the mistakes, and the sloppiness.  But it’s far more valuable to go as a coach because the coach sees not only what’s on stage, but what came before and what is yet to come. The coach knows that they and their child are in this for the long haul.

There is a place for a critic, but if you want to encourage your child to pursue their passion, to explore, to build confidence from failure rather than frustration, then come as a coach.

Today’s gift of time … Attended my daughter’s middle school band concert. I didn’t just see a good show, I saw much, much more. 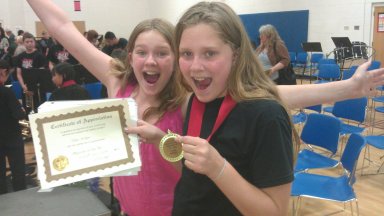 Congratulations to our daughter Tessa & friend Kaysie, for being chosen as Distinguished 6th Grade Musicians!

Our perception of time is key to how we use our time. The most fundamental way to change that perception is to give our time. This opens us up to new opportunities and ideas from which we can build to really make a difference. ... Yes, we *do* have time to make a difference!
View all posts by Eric Winger →
This entry was posted in In the community and tagged Children, coach, Conestoga Middle School, critic, distinguished musician, parents. Bookmark the permalink.
%d bloggers like this: